The Jewish War Veterans Department of Nevada Convention/Installation was held on Sunday, June 23rd 2019, at the Rampart Hotel/Casino in the Marquis Rooms.

The outgoing Officers were recognized and thanked and a special tribute was conveyed to outgoing Department Commander, Steve Seiden, for his commendable service during the past two years that he was in Office. Gene Kanofsky of Post 65 was the Installing Officer and their Oath of Office was bestowed upon the incoming Department Commander, Jerry Roth of Post 65, Senior Vice-Commander, Jerry Bootzin of Post 64, Junior Vice-Commander, Norm Press Post 21, and continuing Judge Advocate, Mort Friedlander Post 64.

Fred Wagar, Deputy Director of Nevada Department of Veterans Service was the Guest Speaker and spoke about the many services that are available for our Veterans.  Fred presented outgoing Commander

Steve Seiden with a Challenge Coin, which is traditionally given for recognition of a job well done by an Organization.

After a delicious Buffet Luncheon, Bill Fisher entertained the group with his many songs that everyone could relate to because they were sung by well-known past and present singers. He has a wonderful voice and was a delightful performer.

Thanks to Jerry Bootzin, Commander of Post 64, Judy Bootzin and Stu Hess of Post 21, for an outstanding job in organizing this special event. 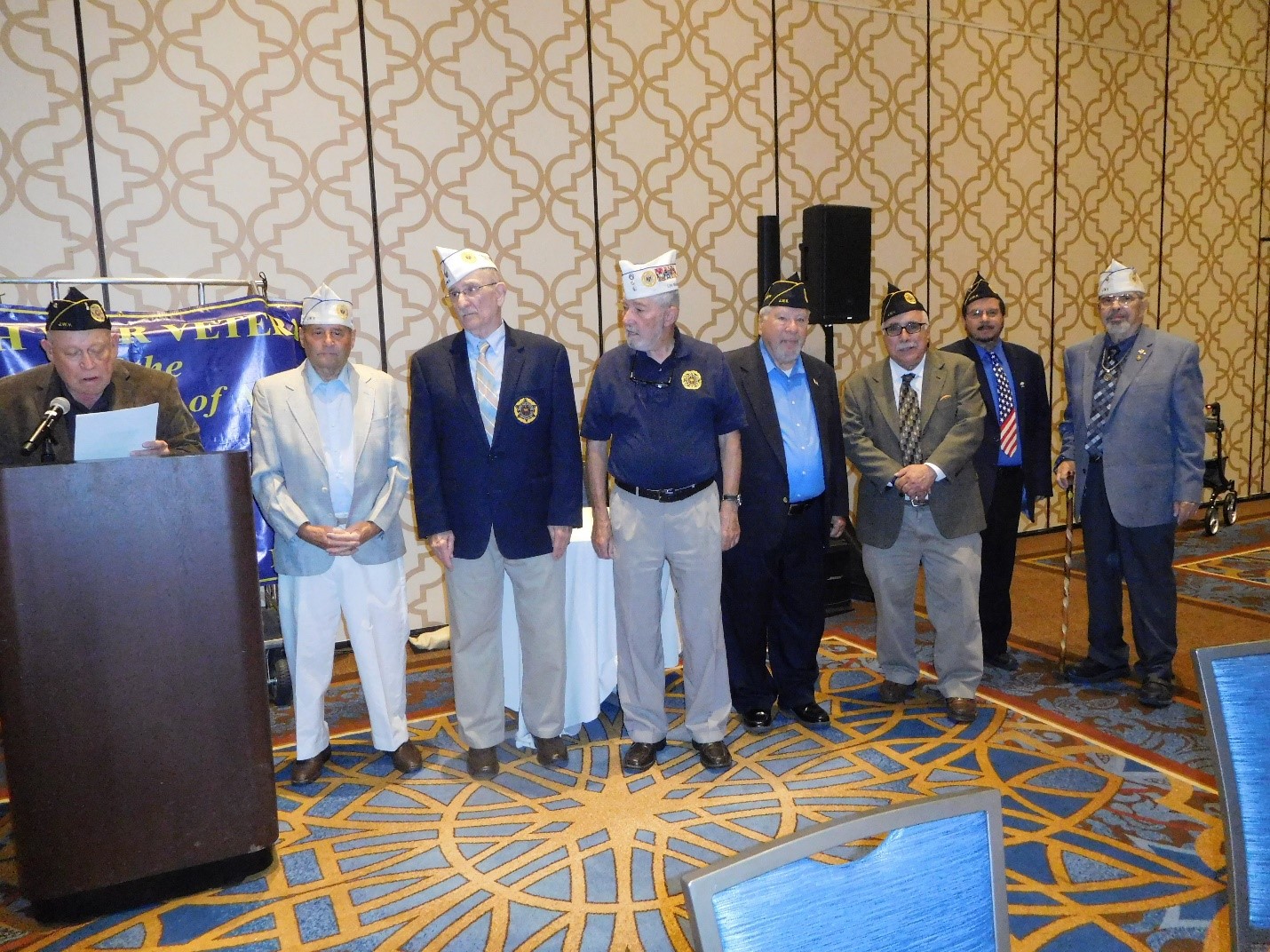